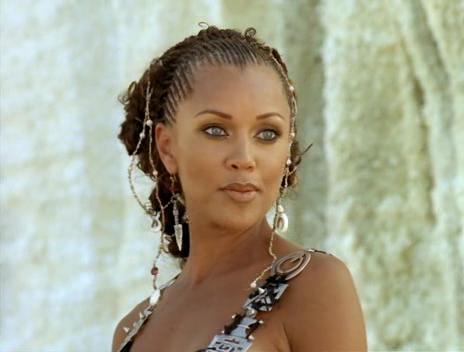 Living alone for what seems an eternity, she knows the quiet ebb of solitude only too well: the long walks along empty beaches, the vast sky above with its endless ripples and patterns, the quiet lap of waves eating away at time. Night brings deep yearnings for companionship, for connection with someone real. Dawn is a restless time. Plagued by flitting dreams and visions she arises and paces around her home, waiting for the sun to climb high enough to justify her rising. It is a tiresome, tasteless and tedious life. She sends a message out upon the waves:

Immortal and ageless nymph seeks companion for romance. Must be strong, handsome and loving. No kids. No pets. Non-smoker. Only serious applicants need apply.

In a moment, everything changes. A human is washed up on the shores of her home – exhausted, hungry and clinging to a thread of life. She busies herself. She takes him in, bathes him, feeds him, clothes him, and nurses him back to full health. From her tenderness, a passion develops, burns brightly and is all-consuming. Time accelerates. Days, weeks, and months are lost in sweet love-making, bathing, eating, resting and loving again.

She comes to know this man. He tells her stories of what he has seen. His words transport her to far off lands, to great cities and battles and heroic men and women. She is  transfixed by him. This man has become her connection to what is Real. In turn, he comes to know aspects of her. He delights in her graceful ways, her beauty, sex and tenderness.

Over time, the man grows restless. He starts to seek longer and longer periods apart. He talks less, he looks always to the east, he pays less attention. His delight in her company has lessened. His delight in her body has waned. This gradual detachment pains her but in her heart she knows the cause. That Woman is pulling his heart homewards.

Before long a message arrives: the man must return. Divine powers that are beyond her control demand it. It will happen in a matter of days. The anger rises up in her like a dark wave. She scowls at the injustice of Fate throwing this male companion her way only to snatch him away again. Her heart hardens as she prepares to convey the message to him. These are her final words:

“So then, royal son of Laertes, Odysseus, man of exploits,

still eager to leave at once and hurry back

to your own home, your beloved native land?

Good luck to you, even so. Farewell!

But if you only knew, down deep, what pains

are fated to fill your cup before you reach that shore,

you’d stay right here, preside in our house with me

and be immortal. Much as you long to see your wife,

the one you pine for all your days … and yet,

I claim to be by no means inferior to her,

neither in face, nor figure. It is unseemly

for a mortal woman to compete with a goddess,

In a single brilliant move, she has closed her heart and brought an end to Them, with a bitter-tasting goodbye that foreshadows impending trouble for the man even when he reaches his home shore. The real sting is in the self-confident declaration of her own superiority over That Woman and all mortal women. The divide between mortal and immortal, a difference that they ignored for seven years, now rises like a high stone wall between them. This man will never know another like her and he knows it. She shares her body with him one last time only as a way to mark the end and as a final proof of her power.

As she watches his makeshift raft disappear over the horizon, she casts a new message out upon the waves:

Immortal and ageless nymph seeks companion for romance. Must be strong, handsome and ready to settle down. No kids. No pets. No prior commitments. Non-smoker. Only immortals need apply.

Calypso – an immortal and ageless nymph yet with such a human and womanly heart. Is it any wonder you draw our admiration and sympathy?

[This blog is dedicated to the hardworking students of Advanced Greek, Semester 1, 2018 reading passages from Homer’s Odyssey, Books 1-12. We recently read a selection of passages from Book 5 and took a vote on who we felt more sympathy for, Odysseus or Calypso. In a class with an equal number of men and women, Calypso won by an overwhelming majority!]

Translation: an adaptation of the translation by Robert Fagles (Penguin, 1996).