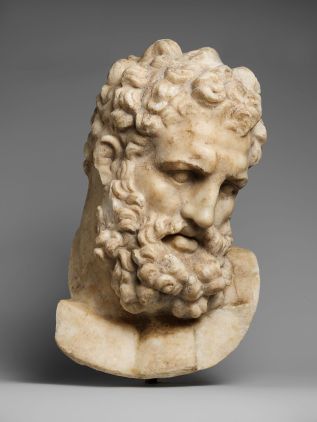 The stories, myths and fables of ancient Greece are a living tradition, continually being retold, adapted and renewed.

In the podcast that follows, I discuss what ancient Greek myths reveal about the concept of resilience. I explore the endurance of human suffering in Euripides’ Herakles, a mother’s adaptation to grief and loss in the myth of Demeter and Persephone, and Prometheus’ defiance in the face of physical torture.

Although these stories are dramatised and involve semi-divine or divine characters, they remain deeply relevant to human experience: the Greek gods and demigods were anthropomorphic deities after all, and they exhibit human traits in an amplified form. In these ancient Greek myths, we find powerful and poignant illustrations of suffering and resilience.

There is a lot of discussion these days about the need to cultivate resilience, in our children, in our outlook on life, in our workplaces and in our communities. But what exactly is resilience?

The American Psychological Association (APA) defines resilience as “the process of adapting well in the face of adversity, trauma, tragedy, threats or significant sources of stress — such as family and relationship problems, serious health problems or workplace and financial stressors. It means “bouncing back” from difficult experiences.” It is not the same as being impervious to stress. It is the capacity to recover and adapt following a stressful event.

Resilience research indicates that each of us has the ability to build and cultivate resilience by means of particular behaviours, thoughts and actions, such as the following:

In the Greek myths I have chosen, we can find illustrations of these resilience-building sorts of behaviours, thoughts and actions.

Herakles engages in a process of self-discovery through suffering – fully coming to terms with his human side and recognising his vulnerability to forces beyond his control. Herakles finds a way to ‘endure life’ with the help of his close friend Theseus, who in turn, enables him to take decisive action in the present and to look to the future with hope.

Demeter never gives up on the hope of being reunited with her abducted daughter and eventually that hope is realised. Demeter also embarks on a spiritual path, finding meaning and purpose in life and establishing her cult known as the Eleusinian Mysteries. Ultimately, she learns to accept change and the inevitable cycle of decay and renewal as emblematised by the cycle of the seasons.

Prometheus, despite being subjected to physical torment, remains defiant and committed to his actions in helping humanity. He refuses to surrender his sense of self-worth, and in this sense, he remains intellectually and emotionally free despite his physical bondage.

These myths are powerful examples of resilience-building in action. Furthermore, these myths evince a sophisticated understanding of human nature and point to some fascinating parallels with modern resilience research. The fact that these stories are set in a mythic context does not make them any less relevant to our daily lives. In fact, they are tremendously moving and inspirational.

Here’s the podcast (with thanks to Evana Ho and the ANU College of Arts and Social Sciences):