Bishop Curry’s speech was not just a great moment during the royal wedding but a fascinating example of the art of persuasion. It revived a mode of persuasion that has largely been lost from formal public discourse: the emotional appeal, which was not, on this occasion, an appeal to negative emotions (for once) but positive ones. So what exactly is the ‘positive’ emotional appeal and how does it work? Happily, the ancient orators have all the answers…

According to the ancient art of rhetoric, there are three ways to persuade an audience: an appeal to reason, an appeal to ethics, and an appeal to emotion. The appeal to emotion is based on the premise that our will prompts us to take action and that emotions influence our will, and that therefore emotions can prompt us to take action. But we can’t will ourselves into feeling love for someone, or feeling anger, or any other emotion for that matter, and this is where the character and appeal of the speaker plays such a crucial role.

There are two fundamental rules for a speaker seeking to appeal to the emotions of an audience. First, the speaker must never reveal his intention to influence the emotions of his audience because if he does, the audience will become immediately suspicious and resistant to the speaker’s efforts. Generally speaking, we don’t like people playing on our emotions but if a speaker initially presents his arguments as reasoned and reasonable, then we are willing to listen. Notice that Bishop Curry did not immediately announce that he was going to try and persuade people to love one another: he began by quoting other authorities on the subject of love generally!

Secondly, the speaker needs to reach the emotions of the audience, by either describing the sorts of things that generally arouse that emotion, or by feeling the emotion himself, or by being deliberately dispassionate so that the audience is provoked to feel the emotion more intensely by themselves. Bishop Curry opted for the first and second methods – by talking about the nature of love and its origin and the wedding and by being an impassioned speaker himself in talking about love.

The use of emotion-laden words can be an effective way to incite emotion in an audience. Bishop Curry used the word ‘love’ fifty-eight times in his address! Another phrase that featured strongly, at least in the first half, was ‘power in love’.

A heavy dose of anaphora (the repetition of the same word at the beginning of successive clause) with increasing volume each time brought the speech to a heady crescendo:

This emotional crescendo was the point at which Prince Harry looked rather red-faced and embarrassed. But the last words of Bishop Curry’s statement (“love God, love your neighbour, and while you’re at it, love yourself”) were delivered in an unexpectedly casual and quieter tone to give them special emphasis but also to bring the emotional level down again – again a carefully studied rhetorical technique.

The repetition of ‘where love is the way’ at the end of successive clauses is another highly effective stylistic device: epistrophe. The effect of emotion on the quality of Bishop Curry’s voice was very evident here too and quite deliberate.

To release some of the emotional intensity, some humour was needed at this point, and this came with Bishop Curry’s impeccably timed and appropriately self-conscious remark that “with this I’ll sit down, we gotta get y’all married”. Everybody laughed with relief. Humour renews the attention of the audience and helps to warm people’s attitude toward the speaker. But the speaker had already said a great deal and this is where, from a rhetorical standpoint, Bishop Curry should have quit while he was ahead. A good speaker knows precisely when enough is enough. Unfortunately, Bishop Curry made a classic mistake: he went on to talk about a new topic (the discovery of fire), to ask questions of the audience, to introduce more humour and yet more material unrelated to the first part of his speech.

The conclusion to the speech couldn’t have been more welcome or more overdue:

“Dr King was right, we must discover love, the redemptive power of love, and when we do that, we will make of this old world, a new world.”

With these lines, Bishop Curry saved his speech and brought it back full circle, with more than a respectful nod to the king of oratory, Martin Luther King.

The audience reaction to this emotional appeal makes for an interesting study. Some were visibly moved, some were in deep agreement with the speaker, others were dispassionate and even amused. Why is it that the emotional appeal works on some and not others? Some of us (me included) don’t have a problem admitting that our opinions can be affected by our emotions, and we are quite willing to listen to an emotional appeal. This does not mean that reason is entirely displaced, or that we are completely beholden to our emotional reactions, but that we recognise that emotion has a place in our evaluation of arguments. 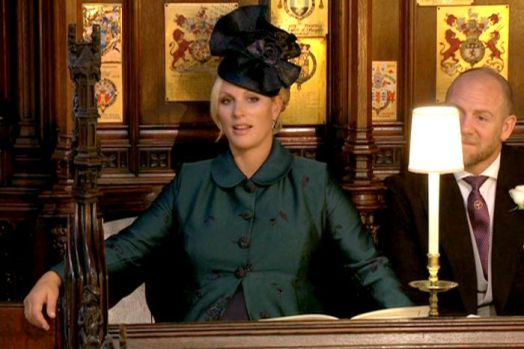 For others, being stirred to action by the emotions is undignified and embarrassing. This can manifest in a feeling of confusion, awkward side glances, face scratching, reddened cheeks, visible discomfort or bemused superiority. But, if we are honest, who among us has not been driven chiefly by our emotions at some point in life, often at the cost of our rational mind, and frankly, I can’t think of a better example of a more overwhelmingly beautiful emotion than falling in love. Ah love. Where would we be without it? Maybe Dr King was right, and rhetorical devices aside, there is great power in his idea, not just the words.

Images and recording of the speech sourced from: