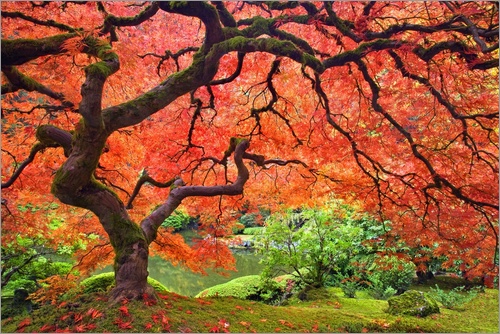 The brief holiday period affords a precious opportunity to reconnect with nature before returning to sterile office spaces, plastic swivel chairs and laminated desks. So, over the past few weeks, I have been spending a fair bit of my time with my loved ones among trees, especially the Chinese elm and Japanese maples in my own garden, the magnificent Himalayan Cedars at the National Arboretum and the many varieties of oaks that line Canberra’s suburbs. I have been watching the leaves catch the light, breathing their good oxygen, resting in shade and walking in woodland forests. A visit to a local photographic exhibition about the wilderness prompted me to reflect further on the wonderful and ongoing generosity of trees throughout the centuries. It also prompted me to create a mental map of ancient and modern quotes, poems and stories about the wilderness, the restful beauty of nature, the strength and majesty of trees and their kinship with our own physical form, the importance of respect for trees and our need of them. Below are several excerpts and musings from the sixth century BCE to the twenty-first century CE:

[Aesop, the world-renowned storyteller and fabulist, takes a rest from the midday heat and his daily labour. He finds himself a shady spot to relax and listen to the sounds of nature.]

He picked out a spot on the farm that was green and peaceful, a wooded, shady place where all kinds of flowers bloomed amid the green grass and where a little stream wandered among the neighbouring trees. There Aesop threw his mattock on the ground, lay down on the grass and, putting his napkin and his sheepskin under his head, went to sleep. The stream whispered and, as a gentle zephyr blew, the leaves of the trees around about were stirred and exhaled a sweet and soothing breath. There was much humming of cicadas from the branches, and the song of birds of many kinds and many haunts was to be heard. There the nightingale prolongs her plaintive song, and the branches of the olive murmured musically in a sympathetic refrain. (1) 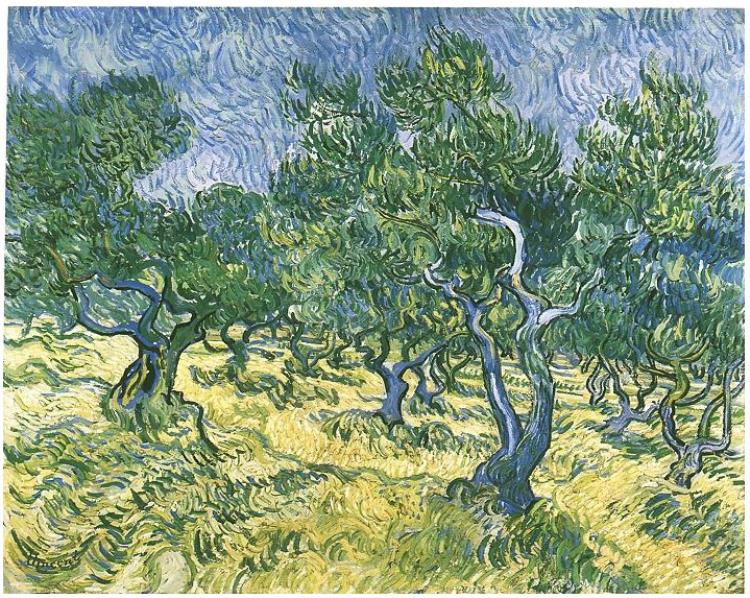 [A man ventures deep into the Tasmanian wilderness, rediscovering the wild and free spirit in himself and capturing fragments of beauty in photographic form.]

“We go to the wilds to reaffirm our place in the natural scheme of things, to be rejuvenated by contact with elemental forces and to be reminded that the civilised baggage with which we complicate our lives is perhaps not so important to our happiness as the advertising man would claim.” (2) 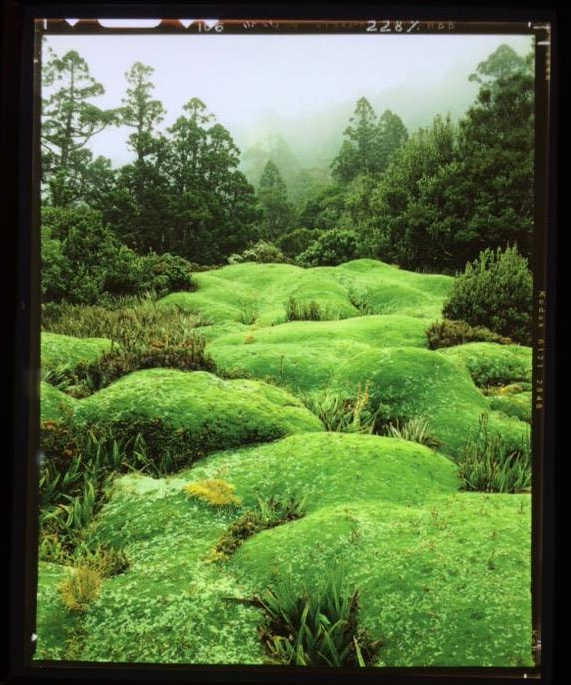 [Theophrastus was the father of botany. He wrote two important works classifying and describing various trees, shrubs and plants and, in the following excerpt, he makes comparisons between the human body and the structure of the tree.]

Thus plants have what corresponds to muscle; and this quasi-muscle is continuous, fissile, long…Again plants have veins: these in other respects resemble the ‘muscle’ but they are longer and thicker and have side-growths and contain moisture. Then, there are wood and flesh, for some plants have flesh, some wood…Bark then is the outside, and is separable from the substance which it covers. Core is that which forms the middle of the wood, being third in order from the bark, and corresponding to the marrow in bones. Some call this part the ‘heart’, others call it ‘heart-wood’. (3) 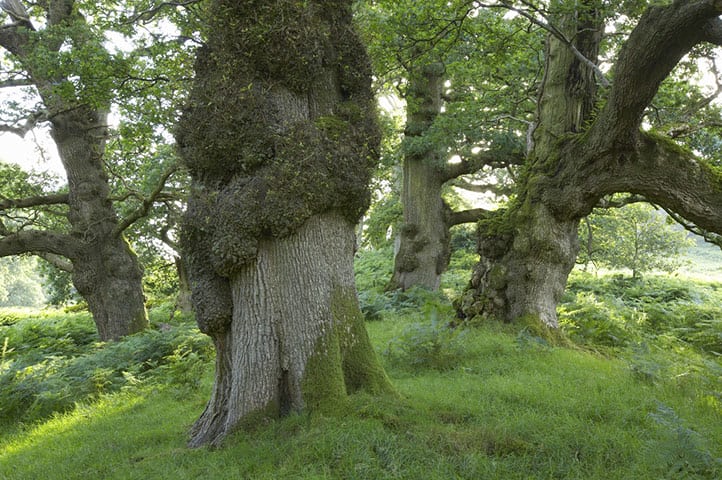 [Philemon and Baucis represent the epitome of goodness, piety and harmony. They were visited one day by two gods in disguise, Jupiter and Mercury. Despite their poverty, the couple showed great hospitality and kindness to their guests and, in return, they were granted a long life as guardians of Jupiter’s temple and eventually they were metamorphosed into trees]

Their wish was granted; as long as life was allowed them, they served as the temple’s guardians. When time had taken its final toll, and while they were casually standing in front of the steps of the building, telling the sanctuary’s history, both Philemon and Baucis witnessed their partner sprouting leaves on their worn old limbs. As the tops of the trees spread over their faces, they spoke to each other once more while they could. “Farewell, my beloved!” they said in a single breath, as the bark closed over their lips and concealed them for ever. Still to this day the peasants of Phrygia point to the oak and the linden nearby which were once forms of Philemon and Baucis. (4) 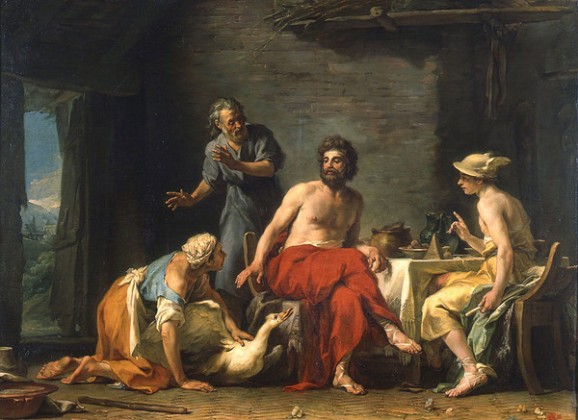 [Even as a child, William Morris showed a great interest in nature. As an adult, Morris created some of the most beautiful representations of nature in his wallpapers, fabrics, tapestries and books.]

I was always a lover of the sad lowlands country… I noticed every turn of the banks of the little brook, every ripple of its waters over the brown stones, every line of the broad-leaved waterflowers; I went down to the brook and, stooping down, gathered a know of lush marsh-marigolds; then, kneeling on both knees, bent over the water with my arm stretched down to it, till both my hand and the yellow flowers were making the swift running little stream bubble about them… I see a little girl sitting on the grass, beneath the limes in the hot summertide, with eyes fixed on the far away blue hills, and seeing who knows what shapes there; for the boy by her side is reading to her wondrous stories of knight and lady, and fair thing, that lived in ancient days… (5) 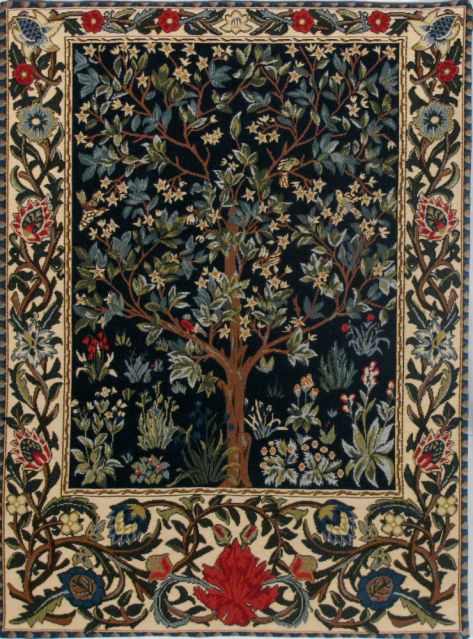 The best friend on earth of man is the tree: When we use the tree respectfully and economically, we have one of the greatest resources of the Earth.  Frank Lloyd Wright 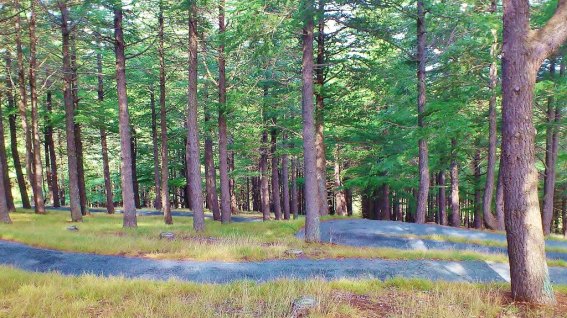 7. A raft to sail homewards

[Odysseus spent many years on Calypso’s island. In Calypso’s arms, he forgot his home, himself and his aim. When Zeus finally insists that it is time for Odysseus to leave, he must make a wooden raft for himself with his own hands and venture out once again upon the sea]

As soon as Dawn appeared, fresh and rosy-fingered, Odysseus put on his tunic and cloak, and the Nymph dressed herself in a long silvery mantle of a fine and elegant material, with a splendid golden belt round her waist, and a scarf over her head. Then she planned her noble guest’s departure. First she gave him a great axe of bronze. Its double blade was sharp, and the shapely handle of olive-wood fixed firmly to its head was comfortable to hold. Next she handed him an adze of polished metal, and led the way to the farthest part of the island, where the trees grew tall, alders and poplars and towering firs, all dry timber that had long lost its sap and would make buoyant material for his raft. When she had shown him the place where the trees were tallest the gracious goddess went home, and Odysseus began to cut down the trees. He worked fast and felled twenty in all and lopped their branches with an axe, then trimmed them in a workmanlike manner and with a line made the edges straight.(6)

2. Quote from Peter Dombrovskis (1945-1996), Exhibition entitled Journey to the Wild, National Library of Australia, at https://www.nla.gov.au/exhibitions/dombrovskis